He has a blog full of essentially misinformation, disinformation, misdirection, and lies regarding Burzynski, but the gist of it is that so far he has demonstrated to the entire world that he is that “Guy”, that “Yellow-Back” Chap, man, who has NOT demonstrated that he has the “Grapefruits”, to answer for his actions [2-4]

He claims my blog is “full of essentially incoherent commentary,” yet he offers NO explanation as to why it is that since its inception 2/14/2013, the Didymus Judas Thomas’ Hipocritical Oath Blog has had 9,626 visitors 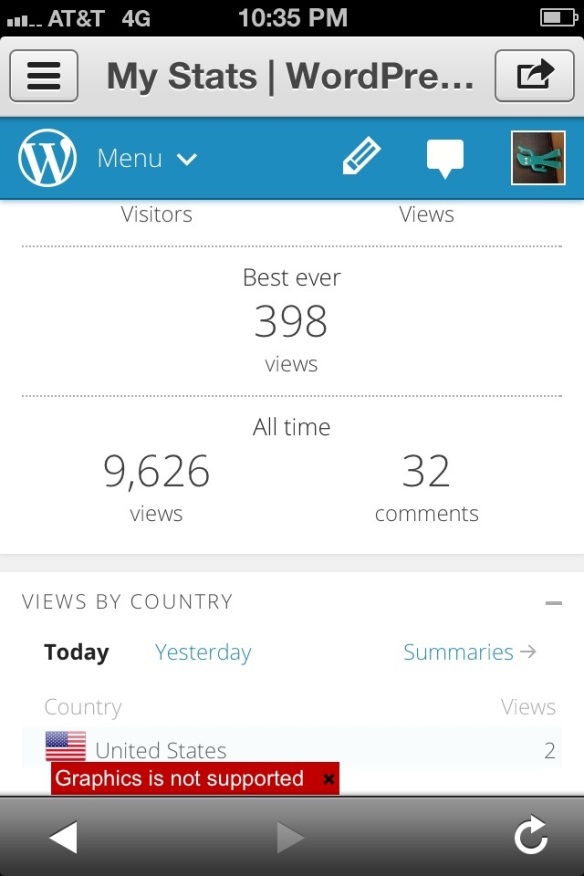 “[T]he emphasis in Phase 2 is on EFFECTIVENESS”

Bob Blaskiewicz postulated during the Google+ Hangout on Saturday, that this is a generic, usual, normal course-of-business rejection letter

NO such example is on Al Gore’s Internet 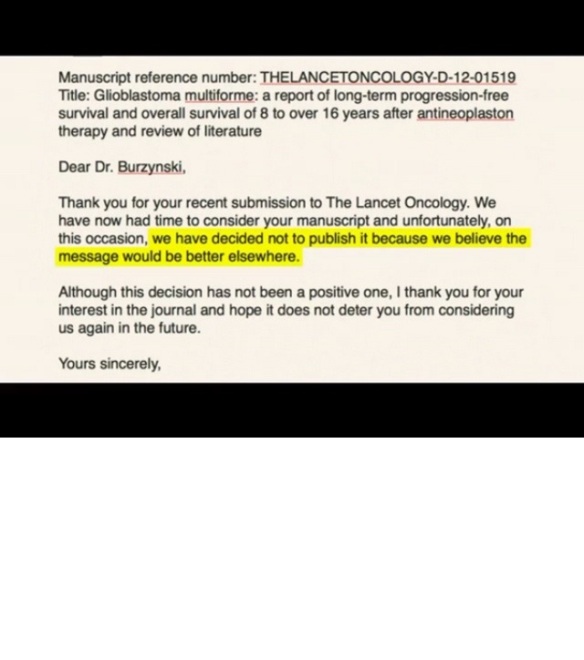 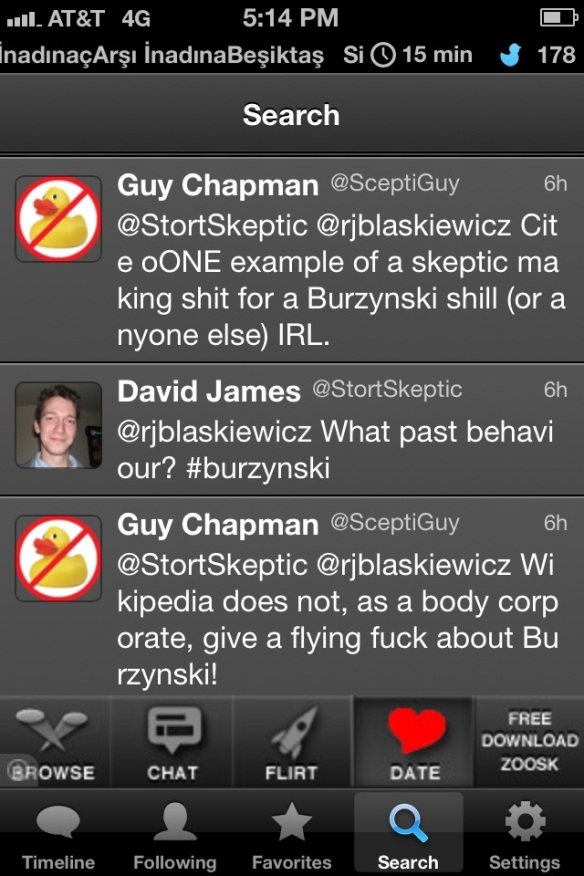 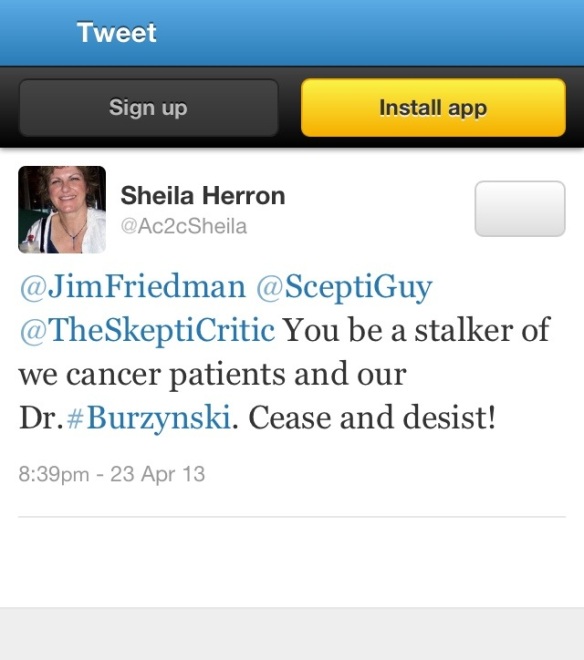 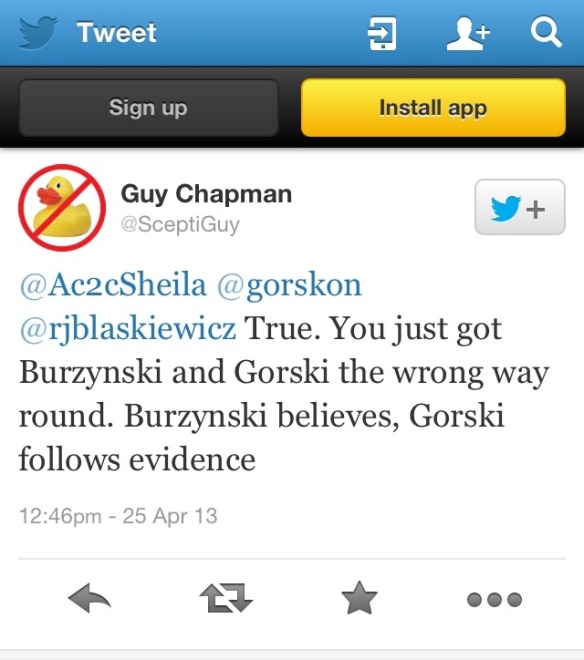 Is this just another one of “The Skeptics™” Red Herring’s you like to use ?

The About page on my blog is crystal clear:

“The decision is that he is neither guilty nor innocent doesn’t mean he doesn’t need to do work within his practice, and the FDA obviously needs to pursue things as well”

As I said on the Saturday Google+ Hangout, I consider myself to be a Skeptic Skeptic [8]

In other words, if you are going to be a true Skeptic, at least police yourself and “fact-check” before you insert foot-in-mouth and spread misinformation, disinformation, misdirection, and / or lies all over social media

YOUR failure to provide any citation(s), reference(s), and / or link(s) from the Declaration of Helsinki, United States Food and Drug Administration, National Cancer Institute (NCI) at the National Institutes of Health (NIH), or any other source to support your claim as to when you think Burzynski is required to publish, says it all
——————————————————————
“The average time from commencement of a trial to completion is 3-5 years”

2. The … FDA’s initiatives … will allow …the agency … to rely on smaller trials … fewer patients … if there is evidence … of partial response in clinical trials

A. What is the FDA’s definition of “smaller trials”?

B. What is the FDA’s definition of “fewer patients”? 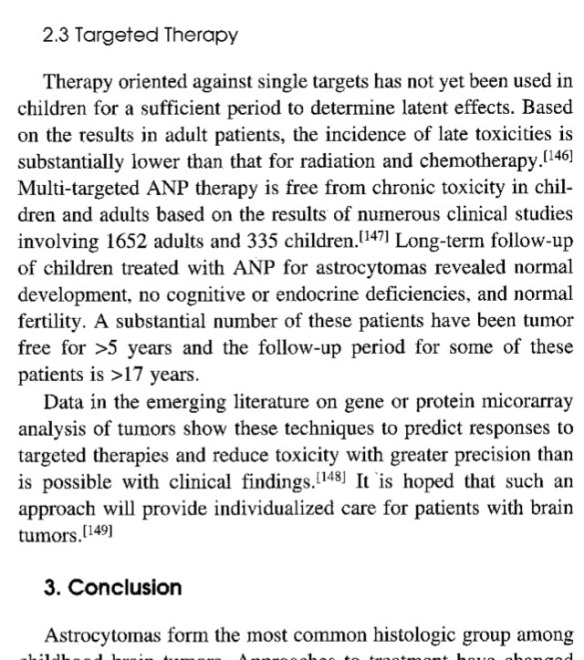 6. The uhh agency has … MANY … trials … has has approved trials … for patients … with antineoplastons ? 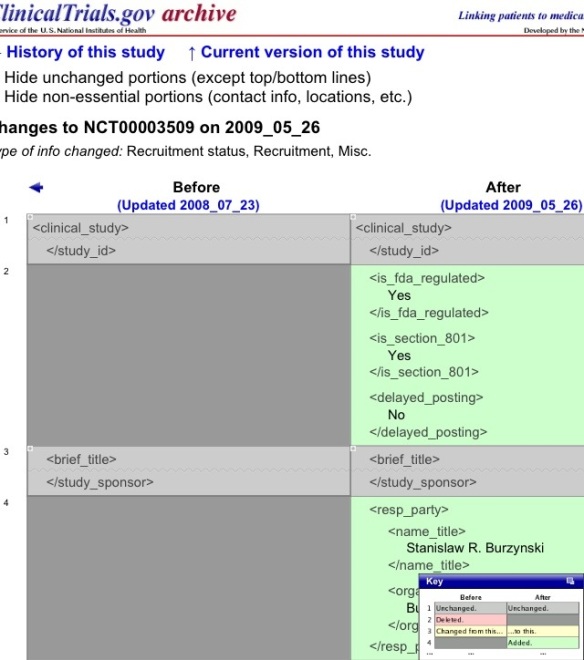 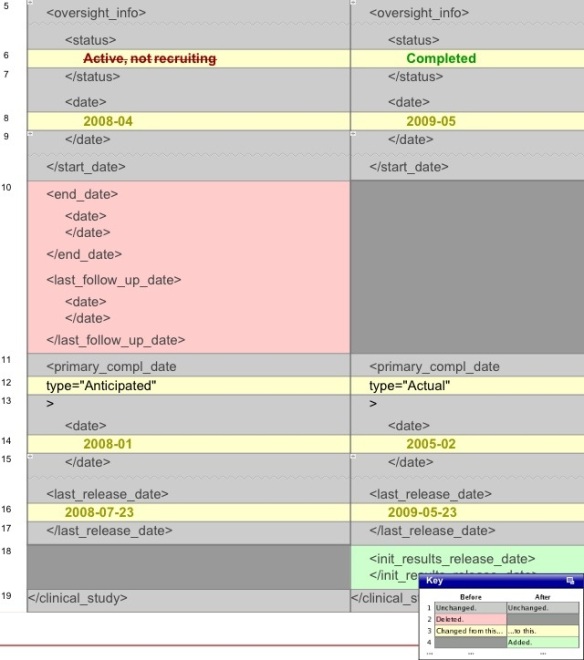 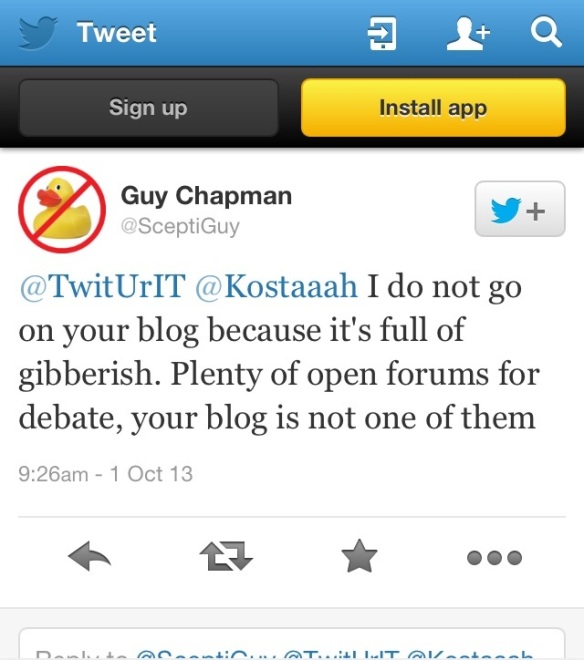 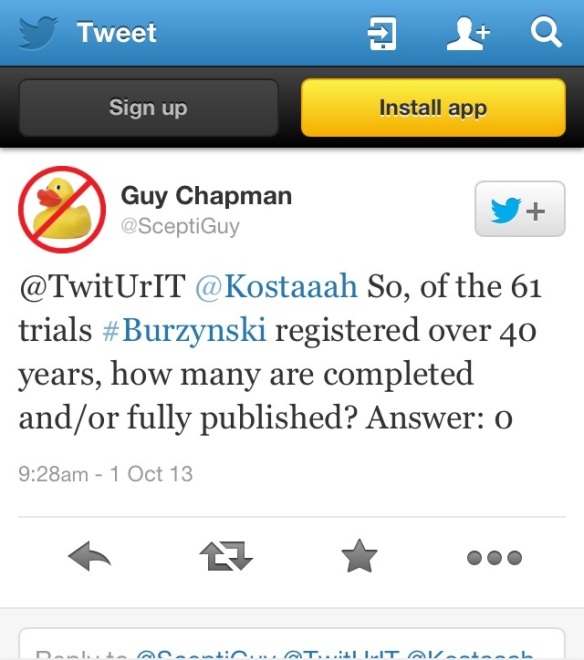 Guy, hasn’t ONE been completed ? 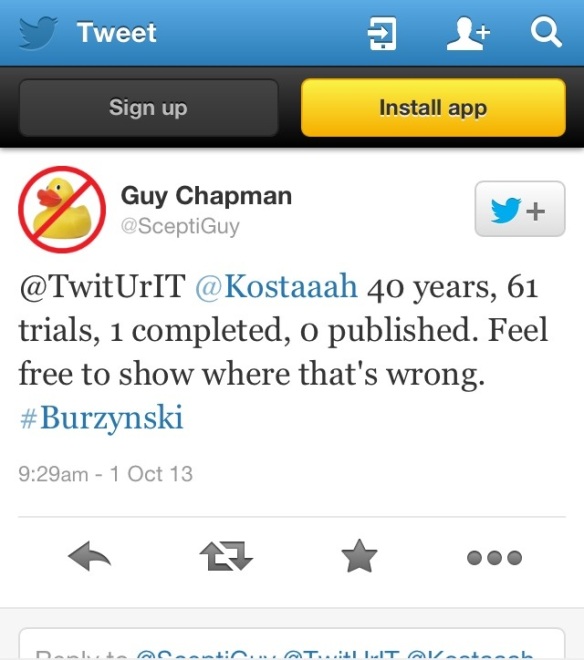 First you post: “I wouldn’t expect DJT to debate here … “

and then you posted: ” … nor would I be interested in giving him a platform …”

What you are basically saying when you posted: ” … I am happy to debate in an open forum where there are comprehensible questions and some sort of moderation to prevent tactics such as the Gish gallop“, is that you are NOT competent enough to call “Gish gallop” and prove it during any debate

You want “Mommy” to protect you from someone who is more intelligent than you are ?

My blog is meant for intelligent people who can grasp ideas, dry wit, and other concepts humans use to communicate with each other

You’re one FAIL after another

“The Skeptics™” think Twitter is a “debate forum”, but you do NOT have the cranial capacity to “debate” 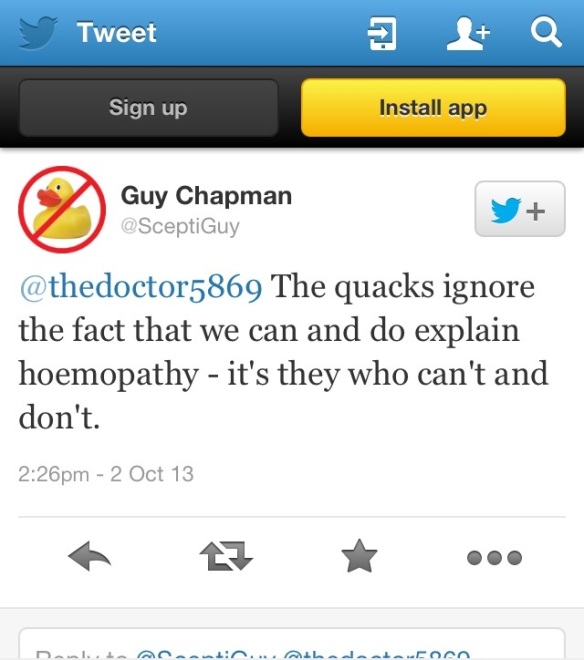 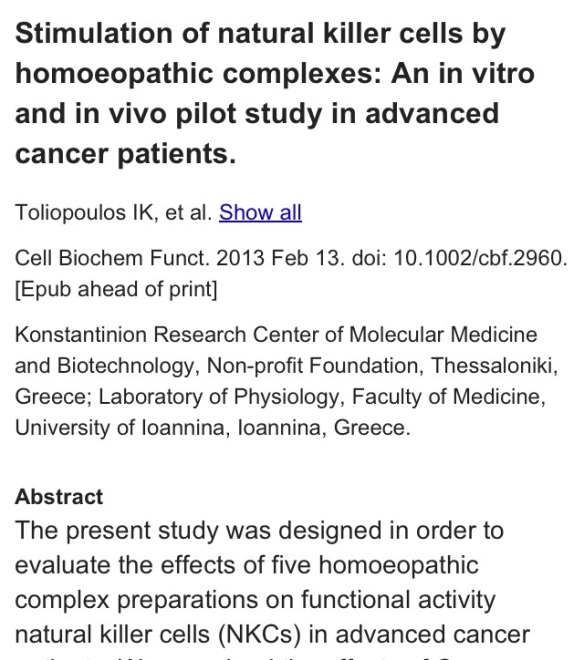 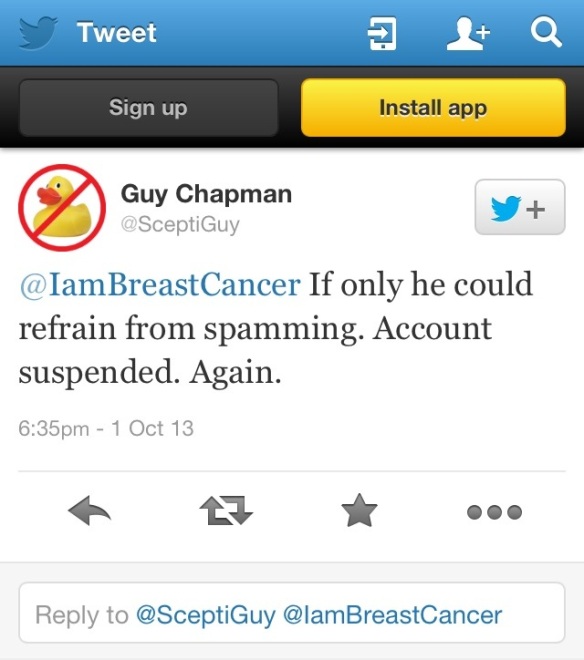 Or are you a 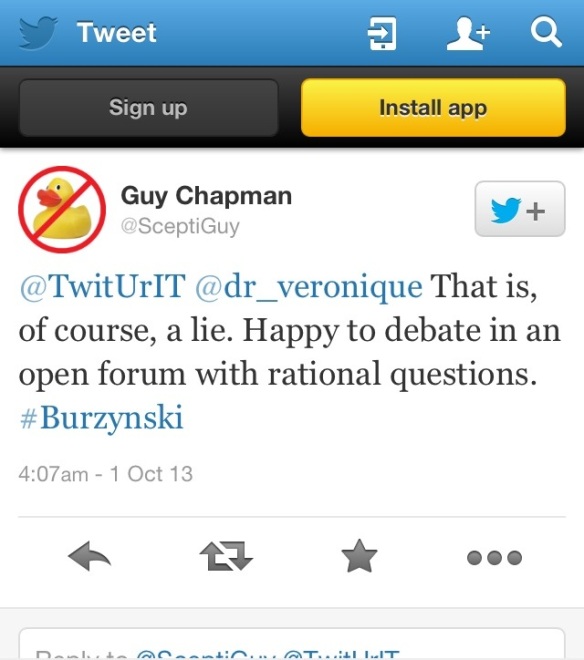 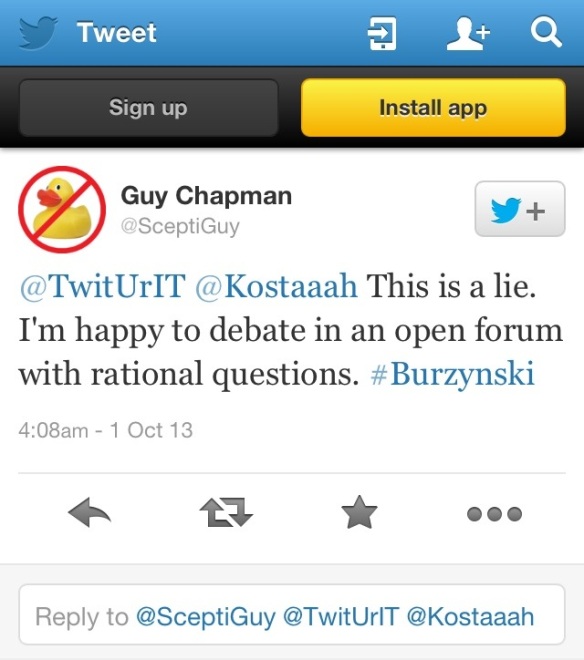 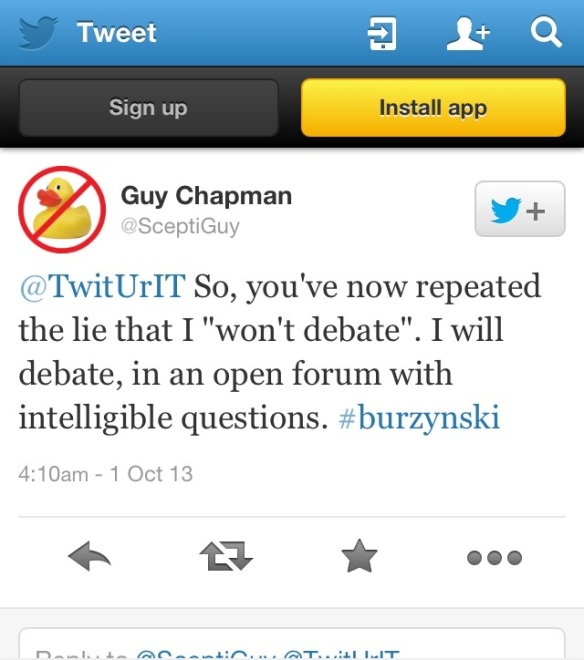 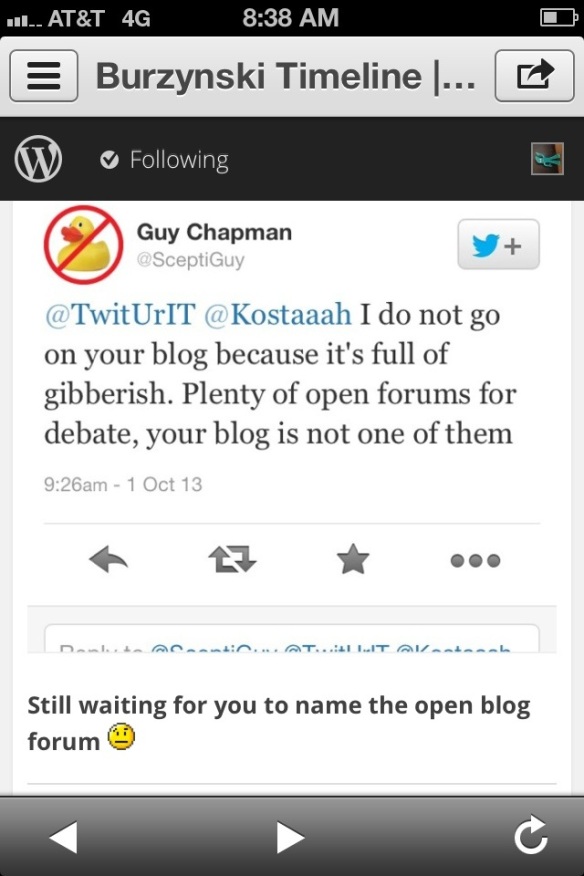